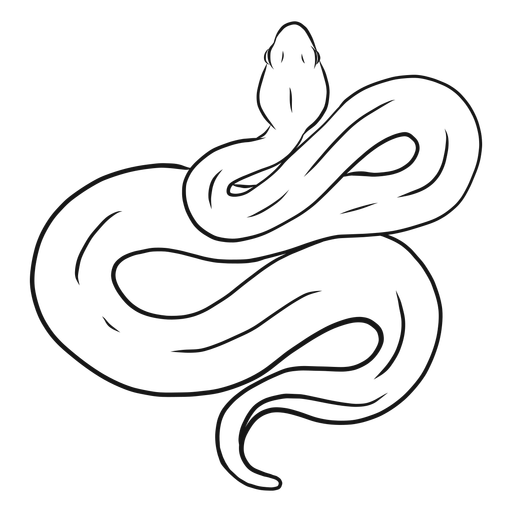 So, you bought some cool snakes and now you’re thinking about breeding them. Awesome! First, you need to understand some basics on how genes work and how they are inherited to make sure the snakes you want to breed together will give you the results you’re looking for.

Snake colors and patterns known as “morphs” are due to specific genes on an animal’s DNA. A snake can have just one gene or it can have many genes affecting its color and pattern. We like to give combinations of genes fun names like Bubble Gum, 8 Ball, or 007, but they’re simply a nickname for a combination of genes that create a unique visual expression.

Let’s outline the terminology we will be using before we dive in.

Alleles and genotypes are important foundations of genetics. An allele is a particular form of a gene and they are passed from parents to their offspring. A genotype is the combination of two alleles, one received from each parent.

The genes involved in color/pattern morphs of snakes come in pairs. Genes have one spot on an animal’s DNA for a pair of alleles to “sit” or be present, hence the terms heterozygous and homozygous as mentioned above. In sexual reproduction, offspring inherit all of their genes from their parents. One gene from each pair will be passed on to their offspring. We can use a Punnett Square to help illustrate how genes are inherited. This is a simple graphical way of discovering all of the potential combinations of genotypes that can occur. It helps illustrate the odds of each genotype occurring. Let’s try out the punnett square using an example where we will be breeding two snakes that are both heterozygous for gene “A”. Their genotype will be expressed as “Aa”.

In this example, the gene pair of the first parent, Parent 1, is listed at the top, with Parent 2 down the left side. One letter from each gene pair goes in separate columns and rows to illustrate the offspring inheriting just one gene from each parent. The gray boxes in the middle are the potential combinations that each offspring can inherit. We see that there is one box for AA, two boxes for Aa, and one box for aa. AA is the homozygous dominant genotype, Aa is the heterozygous genotype, and aa shows the homozygous recessive genotype. This equates to each egg or offspring having a 25% chance of receiving two copies of the dominant gene (one from each parent), a 50% chance of receiving 1 copy of the dominant gene and 1 copy of the recessive gene (from either parent), and a 25% chance of inheriting 2 copies of the recessive form of the gene (one from each parent).

In combining dominant genes, the phenotypes, or visual expressions, will look the same whether the animal is homozygous or heterozygous for the gene. Pinstripe is a good example of a dominant gene in Ball Pythons. Pinstripe does not have a “super” form (homozygous genotype) that looks any different from a snake that is heterozygous for Pinstripe. When breeding a typical heterozygous Pinstripe to a Normal ball python, each of the offspring will have a 50% chance that it will inherit the Pinstripe gene.

Breeding two typical heterozygous Pinstripes together (Aa in the example below) means each of their offspring will have a 75% chance (3 out of 4) of being visually pinstripe (having at least one “A”) and 25% visually normal (1 out of 4 having “aa”). However, 1 of the 3 results for the visual Pinstripe phenotype will, in fact, be a homozygous genotype Pinstripe (AA in the example below).

So, what do you need to do to “prove” an animal is homozygous for a dominant gene? You would need to breed that animal to others that do not carry the gene at all. Your pinstripe from a Pinstripe x Pinstripe pairing would need to be bred three times to different snakes that do not have the pinstripe gene to be able to confidently label it as a Homozygous Pinstripe.

In combining incomplete dominant genes, the phenotypes, or visual expressions, will look different with animals that are homozygous or heterozygous for the gene. In most snake species, it’s most common to call the homozygous phenotype a “Super” of the gene. A good example is Mystic. Breeding two Mystics together means each baby will have a 50% chance of being visually Mystic, a 25% chance of being a Super Mystic, and 25% visually normal (with no Mystic gene).

When looking at snakes with recessive genes, you may have noticed people labeling them as 50%, 66%, or 100% het for that gene (het is the short term for heterozygous). These percentages are based on the calculations of the potential genotype results from the pairing. A 50% het animal is one that is produced from a snake that is heterozygous for the recessive gene that is bred to a snake that is lacking the gene.

A 66% het animal is one produced by breeding two snakes that are both heterozygous for the recessive gene. 66% is used because out of the four (4) possible genotype combinations, three (3) will not be visually identifiable. Two (2) of the three (3) with a non-visual phenotype will be heterozygous for the recessive gene, which equates to 2/3 equalling 66.666667% or rounded to 66%.

An animal listed as 100% het for the recessive gene (Aa) is one that was produced by breeding a visual homozygous snake (aa). This snake could be paired to a mate that did not carry the recessive gene (AA) or it could have been paired to a mate that is heterozygous for the gene (Aa). A visual to het pairing is a very common way to breed recessive genes in snakes, as shown in this example. We see that this pairing will have the chance to produce 50% visual offspring (aa) and 50% het offspring (Aa).

Ok, still with me? We have covered the three basic gene types with examples to illustrate your possibilities. HOWEVER! There is one more genetic hurdle to understand in breeding snakes, especially Ball Pythons. This is what is known as “Acts Like Super” genes or ALS. These are two different genes that sit on the same allele in the DNA. When combined, these ALS genes produce an animal that is visually different than the heterozygous or homozygous genotype of either individual gene.

A great example of ALS genes are those in the BEL complex, short for Blue Eyed Leucistic. When combined, these genes create snakes that vary from pure white to light colors with minimal patterns, all with a shade of blue silver or silver-gray eyes. Let’s focus on the three more common genes used to create these snakes that we breed here at KP Exotics: Lesser, Mojave, and Mystic. The phenotypes for the heterozygous genotypes of these genes are pretty basic. Though, lesser is one of our favorite single gene snakes to make.

Combining Mojave and Lesser creates a solid white snake with blue eyes. Making a Super Lesser also creates an all white snake with blue eyes, though they are prone to bug eyes for unknown reasons. A Super Mojave is nearly all white but with a smudged gray head, faint eye stripes, and possible very faint dorsal markings. Super Mystic we posted above, is a neat looking purple/gray baby with a dorsal stripe and some markings on the side. When you combine Mystic with Mojave, you can create a Mystic Potion. This is a snake that is purple/gray at birth and fades to a grayish tan as an adult. They have a distinct pale dorsal stripe and may have some faint markings on their sides. Combining Lesser & Mystic creates a white snake with a faint dorsal stripe.

All of these combinations are ALS combos. This means that when you pair one of them with a normal, all babies will inherit one of those genes. None of your offspring will be “normal” in this instance. Using a Mystic Lesser BEL paired with a normal mate, we can see in our Punnett square that all offspring will be heterozygous for either Mystic or Lesser.

Thank you for joining us on this journey in understanding genetics within breeding snake morphs. We hope you enjoyed this article and now have a better understanding of the topic. Below are some helpful links for further reading and research on genetics. Some of the uses of terms in this article are not quite right for the scientific field of genetics. They were used in the best way possible for someone without a background in science or genetics to grasp the concepts of genetics and inheritance in the context of breeding reptile morphs.